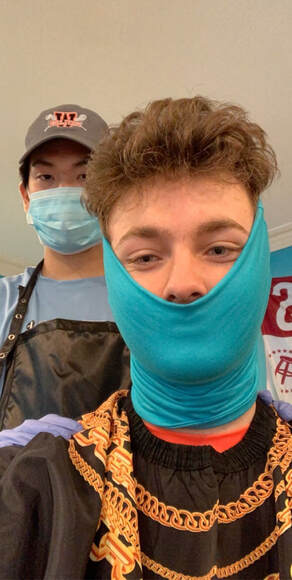 Unlike the other generations that are currently living in the United States, this virus isn’t hitting anyone like it is for Generation Z. Every decade or two, there is always a huge news story that is always taught to by the past generations and every person can vividly remember their time during it. Some of these include the attacks of September 11th, the assassination of JFK, or the first moon landing. Some or most of these can be vividly remembered by any American citizen that witnessed it, but Generation Z never witnessed any of these life-changing stories. I think that besides the 2008 market crash, there has been a drought of earth-shattering news stories and Generation Z has never experienced a 9/11 or Moon landing type story. That is of course before the coronavirus outbreak. Now there is a key difference with Corona and the other News stories I’ve mentioned. We have constantly been hearing about this virus since it started to spread throughout China in January. As I’m writing this on May 29th, 2020, it looks like we could have another year of this in the news. This is obviously very different from 9/11 or the JFK assassination, as those stories had a quick climax. It has now been about two and a half months since my school closed for “2 weeks to clean the school”. Obviously the date got pushed further back until the governor canceled all school for the rest of the year. I still remember the Thursday that we got let out for the last time. After lunch, the only thing that people would talk about is if we would have school tomorrow. It felt almost like the last block just before Christmas break when everybody is anxious to leave and the teacher knows that nobody is going to be productive during this time. One thing that I think people will not understand is that nobody thought that is was going to be this long. We all thought we would be back to school in 2 weeks or a month. Nobody thought that we wouldn’t go back to school and especially that our summer would be affected. It’s a little odd finally living through an Earth-shattering news story. I always thought to myself before the virus “If I was alive during 9/11, how would I react to the news?”. Would I not feel safe? Would I have assumed that other cities besides DC and New York were going to be attacked? How long would it take for the news to not be playing on a constant loop in the back of my head? I know that Corona is extremely different for a lot of reasons but it’s still the same premise.