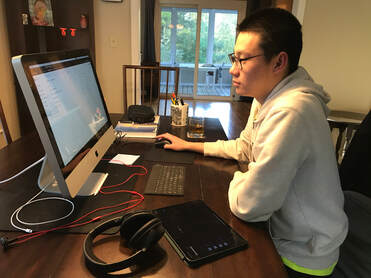 The first half of the year 2020 will perhaps be remembered for centuries to come. It is a time when our world came to a screeching halt, when our schools closed, when our economy neared the brink of collapse, and when thousands of our fellow human beings perish from an invisible killer we came to know as the coronavirus. Dining out, movie nights, and parties have become habits of the past while social distancing became our new norm; self quarantine replaced the busy school days while remote-online-learning replaced classroom lectures. Our society does not deal well with change. A sudden one like the current COVID-19 pandemic has therefore thrown our community into chaos. In such an uncertain time, we are forced to adapt to these changes by altering our way of life.
For me, change appears in every aspect of my life, but most obviously in my expectations for the future. Before our world was enveloped by the shadows of the virus, I used to have a well organized plan for the year that included everything from academics to vacations. Yet my plans were inevitably shattered by the virus. For a long time, there was nothing I could expect for the future, nothing I could look forward to; everyday seemed to be a repetition of the one before since I watched the infection rate top one hundred thousand, then fifty, and then one million; I also missed my school and I missed my friends. There is nothing I could do but stare into the abyss of uncertainty. Uncertainty, it seems, has become the new norm of 2020. But over the past few months, I learned to accept it. I realized that there is nothing I can change about the current situation and there is no point trapping myself within its grasp. Embracing the uncertainty helped me to be more hopeful for the future.
The COVID-19 pandemic is a turning point for the country and for my life. The peace and quiet I had once expected were broken, replaced by an ever-evolving crisis that has deeply troubled the country. I changed by embracing the uncertainty ahead, helping me to navigate around this situation. And it is with this attitude that I shall face the next set of challenges.

The United States, in June 2020, is facing an unprecedented internal crisis -- the disunity of its people. The coronavirus pandemic has already killed thousands and forced the economy to a standstill. The death of George Floyd in the hands of the police only added fuel to the blaze that’s engulfing the country. In such a turning point of history, the American people are expected to unite and fight the crisis together; after all, it is always believed that “in Union there is Strength”. Yet, the protests and the pandemic have proven the American people have long forgotten the idea of unity as racism, the political environment, and the disparity in wealth continuously widen the gap between different communities.

Despite its name, the United States has been in a state of division ever since its foundation some 250 years ago. The country’s capitalism model ensured imbalance in wealth for its people while slavery and other forms of racism undoubtedly created a gap between the numerous races. The Civil War ended the institution of slavery but did repair the inter-race relations, leading to decades more of inequality and suffering for the African-American population. Even today, this type of racism still exists in the forms of quiet inherent bias and more vocal white-supremacy movements/protests. FDR’s New Deals patched up the economy and dragged the U.S out of the Great Depression, yet it failed to bridge the wealth gap between the rich and poor. As a result, 90% of the country’s wealth is controlled by 1% of the population today. The Vietnam War too, served as a divider of the American people: the rich and wealthy were able to evade the drafts (at least in the early stages), while the majority of the draftees were African-American.

The division of the American people today is accelerating, especially when the country’s led by a president who constantly shifts the blame onto others through his lies, or incites the people to distract them from his failures. If this trend continues into the future, we will surely see more protests and riots breakout around the country. Unless the gaps between the population is bridged in the near future, U.S.A may soon stand for the United States of Anarchy.