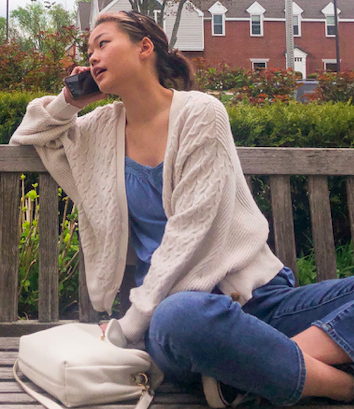 But there is a new current of life

I talk at my computer
To a little moving picture
That looks like my friend
It talks back too!
If I am lucky
I will see them in person
To keep each other company
Over six feet of safety
To pretend to see each others' smiles
Through uncomfortable masks

It is odd
To discover liberation
Within a cage

It is hard to swallow the fact that racism is still very prominent in all our ways of life. That after all this time, after Martin Luther King, we still struggle with racist injustices that strongly echo the ones of the past. We have lost many precious black lives at the hands of people that are supposed to keep us safe. Many people are quick to argue that racism is dead because we no longer have slavery or Jim Crow laws. I would say that racism is very much still alive, and it is even more dangerous because it is not conspicuous.

Once, there were black people traded in chains like cattle and forced into labor and abuse under the control of white people. Now, there are black bodies killed in plain sight or under the knee of a police officer. Slavery is dead, but every single black person still fears for their body. They fear the white people who have always had the power and will to destroy their bodies. Race was created to rationalize slavery and the dehumanization of black people, and it continues to do so as innocent black people are murdered for the color of their skin.

Black people also fear losing their lives in prison. From a young age, they are at risk of being wrongfully convicted of crimes and spending most of their life behind bars which ruins their reputation and significantly decreases their chances of getting a job and restarting their lives once they get out of prison.

White people thrive off the notion that they will get more because black people and other people of color will get less. After the abolition of slavery, segregation stepped in to uphold the comfortable lifestyle of the white hegemony. Then, redlining assured that black communities would be separated and disadvantaged. They are deprived of the resources for good education and healthcare. Employers will throw their resume away because of their "black-sounding" names, and if they are hired, they have to work ten times harder to have a chance at leadership/executive positions. Black people are systematically oppressed in every single way.

With all of this injustice, it makes complete sense that millions of people are angry and want change. It also makes sense that there is violence and destruction amongst the protestors who have taken the streets to achieve this change. Many people are upset and uncomfortable with the rioting happening. This is not the first time that the people have asked for racial equality. When Martin Luther King Jr. fought for civil rights in the 1950s and 60s, he spread the idea of peaceful protest, but he also acknowledged that "a riot is the language of the unheard." Everybody is supposed to be upset, because that's exactly what a protest is supposed to do.

It should also be considered that our law enforcement is corrupt. The police are put in power to keep our communities secure and safe, but they fail to include black people in this community. During these protests, the police and the national guard have proved that they are no longer a force for good in this country. During the Vietnam War, multiple American protestors were killed. This kind of unwarranted and violent behavior has continued into the 21st century where we now see police running their cars into crowds, shooting and wounding people, arresting peaceful protestors, tear gassing crowds, hurting medics, and pushing down old people. If our authority continuously violates our rights, who do we turn to? The president is unavailable because he is in a bunker hiding with the bible from the "thugs."

Our involvement in Vietnam made people wonder whether the government had the people's best interests in mind. There were thousands of people drafted into the army and billions of dollars spent intervening in a country across the world just out of fear. The fear of communism. Now it is the fear of change. The fear of the downfall of white supremacy. We cannot trust people who act in irrational fear.

Over the past two weeks, we have had protests in all 50 states. These movements have been led and fueled by the young generations, just like the young generations of the Vietnam era spoke out about US involvement in the war. In the 1960s, young adults pursued education which allowed them to challenge their parent's beliefs and form their own opinions. With technology and the easy access to information, my generation is more informed, outspoken, and proactive. Many of us have found ourselves having difficult and emotional conversations with our older friends and family and teaching them about racial inequality. I feel the excitement of the imminent change. I have so much hope for my generation. I see so much acceptance, understanding, and love, and I wonder what it will be like when we have the power and influence over the country.

I can sense the divide in our country. It is not between races. It is between anti-racists and racists. We may not be distinctly divided into the Union and the Confederate states this time, but it is the same fight. I cannot play devil's advocate in this position. There is no argument. There is no justification for being a racist.