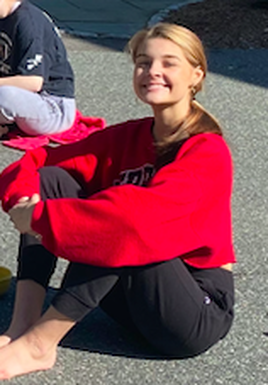 Before Quarantine I was able to see my friends every day, hang out with them after school, see their family, and surround myself with the things that made me the happiest in life.

When quarantine began we all thought that we would just be out of school for two weeks. On that Thursday in March, the principal announced that we should be prepared for a long break and make sure we had all of the things we needed. No one was prepared for what actually ended up occurring though. Spring sports were postponed for the first time, and without saying goodbye we went home like it was any other day of school. When the announcement came out that school was going to be closed, I think we all thought that we would have the time of our lives. Acting like this was just an early break, no one knew of the severity of the circumstances of the upcoming months. Things kept on getting postponed and school kept on getting pushed back and life kept on becoming more and more isolated.

As Massachusetts reached its surge, life was the opposite of normal. Communication with friends from what seemed like a past life was completely virtual except for picnics and walks etc. Life as we knew it changed before we knew what was happening.

Now I am sitting on my patio outside doing my school assignments from home, for we have switched to pass or fail and everything is completely virtual. It is required to go out in public with a mask on and public gathers and parking lots are not allowed. Going out to dinner simply doesn’t exist anymore, everything is taken out. Hair salons are just now opening.

There is also a lot of unrest in the people. I can feel an uprising starts. Protests are very common and rioting has taken the city of Minneapolis. The riots have to do with the death of Georg Floyd, a black man who was brutally murdered by a police officer. There is a protest on Sunday in Wayland tomorrow that I will be attending. Stress and anger float around us. The uncertainty of the future is almost unbearable.