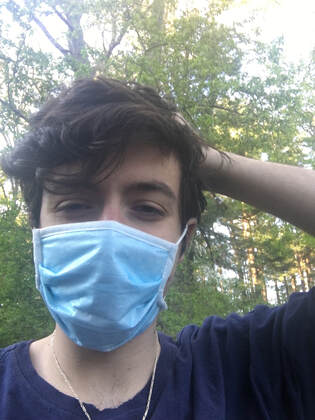 Dear Zach in 5 years,
It’s been 5 years since that terrible terrible war…. I’m kidding, I’m kidding. Not to make light of the situation, but it’s better, I feel, to have a positive outlook on things rather than a negative one. As of writing this, I’m currently almost into my 3rd month of quarantine. On top of that, there are riots going on throughout Minnesota because of an incident where a police officer killed a black man by the name of George Floyd. It can be difficult to have a positive outlook, but doing this helps me keep and smile on my face and other peoples faces as well, I much prefer it to sulking all the time. The months in quarantine has taught me something. My biggest take away from this entire experience is to not take things for granted. I think I and a lot of my colleagues took a bunch of things for granted like school and being able to see your peers. All my friends miss school and a lot of them always talked about how much they hated it. I think it’s really interesting how we never know if we’re going to miss something until after it’s gone. I’m looking forward to my senior year, I only play one sport which takes place in the spring. Because of COVID, it’s been canceled. Being a junior in high school the pandemic has also interrupted other extremely important things that would normally be taking place right about now, like the college visitation/SAT process. Even though all this stuff has been canceled or rescheduled there are ways around it and other opportunities. I have one more Baseball season before I graduate which I’m very grateful for. I feel horrible for the seniors who got probably the most anticipated part of high school taken away from them. Anyways I hope you’re doing well! Can’t be much worse then it is right now!

The world right now is crazy. After the death of George Floyd people have taken to the streets to protest the injustices of race still lingering in America. Throughout history, there have been countless movements in America to change or reform stuff that we might have been doing wrong. It is one of the great things that define America as a country is that protests do really bring on change. This question about inequality reminds me of the inequality that I learned about when it came to the draft during Vietnam. Before Nixon’s revision of the draft into a lottery system, anyone could buy their way out either by directly buying a substitute or by hiring a lawyer to take advantage of one of the loopholes in the law. Those who had enough money weren’t worried about the draft, unfortunately though for those who didn’t have enough money the draft was a real possibility and threat. This reminds me of the kind of inequality Black Lives Matter are fighting right now. Those who grew up without a lot of money was worried about the draft, but they couldn’t control those circumstances. Just like how no one can control the color of their skin. It is unfair to have a system in place where one group is favored over another, (Rich over poor, Whites over Blacks). Another event the fighting that the BLM is doing reminds me of is the prejudice and racism of World War 2. The anti-Semitic views were the same kind of prejudice blacks still face in America to this day, the only difference is during WW 2 the actions were much bolder and straight forward. Today we have a much more different and subtle way of being racist that way the public is content and can act like nothing is going on. Some of the ways that racism is shown is Mass incarceration, police brutality, and a bunch of other ways. This is in complete contrast to how minorities were oppressed during WW2. During WW2 minorities were locked up and put in work camps. They were gassed and killed off in the million, there was no illusion of being equal. Even though that is horrifying in the basic word it is still the same prejudice that minorities face now, as they did during WW2.