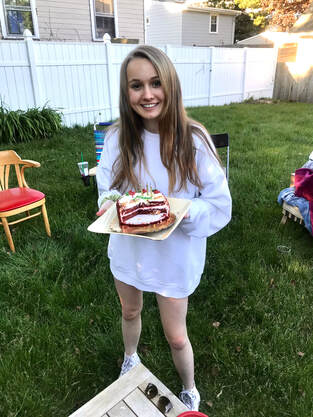 When I first heard the news about the coronavirus, I didn’t think much of it and assumed it would be in the news for a few days and then get swallowed by other media. I had a Chinese Exchange Student a few years ago and was shocked to hear that his school was canceled due to the virus but didn’t think I would ever be impacted by it. Over the weeks it started to become more prevalent, but no one seemed to be worrying in Wayland. I remember rumors flowing through the school about a possible week off from school, and we all were thrilled about the possibility. On a Thursday, while I was studying for my Physics and Spanish tests that were the following day, we found out school would be canceled for 2 weeks. My friends and I were ecstatic, assuming this was just an extra precaution and that we would have time to hang out everyday and relax. As the days went by, I began realizing that my initial calmness towards the situation was wrong. Not only was the virus spreading in Europe and China, but it had even crossed into the United States and was in our quaint town of Wayland. Before I knew it, our plans of hanging out every day were erased and we were stuck in our houses day after day, unable to see anyone or go anywhere. Although this was extremely difficult, I recognized the severity of the situation and knew to quarantine was the only way to slow the spread of coronavirus. I did enjoy the slow pace of life in the first few weeks, minimal school work, walks outside, and lots of tv. However, after about a month, I felt as if I was in a constant loop of the same repeating day. I realized that life as we knew it would not return for a long time. The new normal was wearing masks outside and repeatedly washing your hands while avoiding close contact with people outside. I began to notice how much of my life I took for granted: school, sports, hanging out with my friends every day. I never thought I would long to be in school at 8 am, but suddenly, I was begging for that. This time has really made me understand how much I appreciate my life and how lucky I am to have everything and everyone that I do. It’s crazy to live through this time and understand that in the future people will learn about the outbreak of this pandemic as a huge part of history.

I am disgusted by our country right now. A whole entire group of people in our country are not treated justly and still, people have a way to disagree with it. Our country was built on racism, and it is so embedded in our country that it happens all the time without a second glance. What angers me is that the Black Lives Matter Movement has turned into a political stance rather than about human rights. Nothing about this is political, yet there are tons of people, even in our own town, who can only disagree with everything. I heard of a sign at a protest saying “Racism is such a part of America that when we protest against it, people assume we are protesting America.” However, there have been some positives with many people using their voices. All over social media, every single post and story is about the BLM movement and ways to help out. Kids in our school have been signing petitions, writing emails, protesting, and donating. Although this is great, I’m nervous we will all focus on this for a few weeks and then go on with our life, forgetting about all the injustice. The protests I have been to have been very positive. There is such an empowering feeling to be standing with your feet planted, a sign held high above your head, and listening to the endless honks of cars in support of the movement. Yet still, people can find a way to drive by and flip us off or to scream “All Lives Matter” from their motorcycle. There is no possible understanding of why someone can’t be in support of this movement and it breaks my heart. Even our own president is doing every possible thing wrong at this time, favoring the police over the people fighting for justice. All he has to say about this is how there should not be violence at the riots. How can a racist man like this lead our country? We can’t judge the violence at the riots because white people will never understand the anger and pain that black people have felt for hundreds of years. At one of the protests in Wayland, an older man came out of his car to take pictures of us with our signs. He later told us that he was proud to see this, remembering that he had done the same thing for the Vietnam War when he was our age. After reading about the Vietnam War for class, I noticed many similarities with today. Millions of people came together in those days to protest the war just like millions in our country are protesting police brutality and the unjust criminal system. Many people believe that our country has improved over the years regarding racism, but what I have learned in class is that as one system of oppression against blacks is destroyed, another one emerges in its place. Mass incarceration is the new system of oppression for blacks and this is referred to as the New Jim Crow. This problem has always existed but now the severity of it is coming to light, and it’s time to demand change.