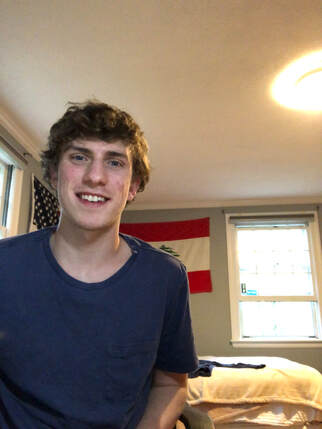 It has been a little bit over two months since school was first cancelled, and boy have things changed quite a bit since then. For maybe a month before the first closure speculations ran about and they became more and more frequent. If you asked me on the Monday of the week school was closed what I thought, I still probably would have said no way Wayland cancels school. Then comes the first news of the first case, a parent of an elementary school student. By Wednesday talks of more cases spread through the school. I remember the day before the announcement someone sent out a message from a fake superintendent email, saying school would be cancelled. It sparked some excitement and some, probably most of us, including myself, hoped it was true. Debates began over the quality of the email, but it was quickly completely shut down by teachers. Surely enough the next day, Thursday afternoon, Ms. Mizoguchi’s voice came on the intercom and announced that school would be cancelled until further notice. This was quite a relief to me, because at this point I was riding on the cancellation to get me out of some assignments I had put off. At first, we were set to return to school on April 14. This was soon pushed to May 3. Eventually with the complete closure of the state, the rest of the school year was to be cancelled, and converted to virtual learning. Assignments are posted online, whether on ItsLearning or Google Classroom, and classes were to meet virtually once a week on Zoom app or Google Meets. I remember how happy I was the first week we were out of school. I spent all day outdoors and around town with my friends, staying out at night with no concerns. This however did not last very long. Quarantine restrictions became very strict, and the amount of time I spent with friends was cut drastically, and limited to outdoor activities. Nowadays, two months later things are personally a little happier than previous days. My perspective on school took a dramatic hundred and eighty degree turn since our last days in class. Never have I appreciated the time I spent there, or understood the importance it had in my life. During the school year, I put a lot of mental energy into frustration towards school. When I thought about school I only thought about the worst parts of my days and assignments I thought were completely bogus. Now however, I reflect on all the good times I’ve had at school from fun, engaging experiences in class, to the hours of quality time I had with all of my closest friends. Typical of myself, I had no worries at the beginning of the quarantine days, thinking I would be just fine by myself all day. The days quickly got longer and longer however, and it became evermore emotionally taxing. I hope that I can come out of this with a better appreciation for the time I spend with my friends, teammates, teachers, and coaches. I hope whoever might be reading this can do so and think about something they may be taking for granted, and think about how it actually affects their life.