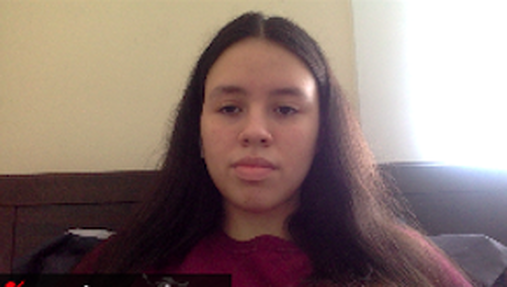 The changes that the world has undergone in the past few months have been crazy. The craziest part is the fact that no one knew that the coronavirus would spread this quickly. There was absolutely nothing special about the week when the shutdown started. It was like any other week, but unknowingly to all of us at that time that week would be the last “normal” week in a long time. In the beginning, I think a lot of people thought that the shutdown would be like a two-week vacation, where we could go outside and hang out if we felt like it. Now almost three months later and we’re still in quarantine. We can’t go out whenever we want to, and the weirdest part, at least for me, is not having school. I used to complain about it a lot when it was happening, so I never thought I would actually miss it. I miss the day to day routine that I used to have. I really miss going to classes, seeing my friends, and I miss my teachers too. I miss discussions in my English class, my physics teacher’s jokes, my french teacher talking about her kids for the entire block, and the lectures in my history class. It’s also the stuff in between, seeing people in school just walking around the halls and seeing my friends after school. All of our extracurriculars have been impacted too. Sports, clubs, and all of that were canceled, and we don’t know if we’re going to get them back in the fall. Another thing to mention is the SAT and ACT cancellations. Like many people, I was hoping to take them in March, but now they’ve been canceled twice, which makes me feel stressed, but a lot of schools are going test-optional, so I guess we’ll have to wait and see. We’ve all had to spend a lot of time with our family and adjusted to social distancing rules. Stay six-feet away from everyone and wear masks if we want to go out. The shutdown has taught me to be more grateful for our day to day lives and to enjoy things more than before.

After I finished reading for this week, a sentence reminded me of something that is happening in our world today. While explaining the number of people that were concerned about getting drafted during the Vietnam war, it said that only seven percent were worried at the beginning. At the same time, a few years later, that percentage jumped up to seventy-five. It reminded me of the world’s attitude at the beginning of the shutdown. When things started, I, along with the rest of the world, seemed pretty convinced that this would be a quick thing that would end in a couple of months. However, as it got closer to home, we started getting more concerned, and when school got shut down, things felt the most real, at least for me. The craziest part is that it was supposed to be a two-week shutdown, but it’s been almost three months, and we still have many more to go. Reading that just seemed to resemble the world and what’s been happening around us. Furthermore, another thing that stood out to me as I read the article was how after World War Two, was how after everything that women went through when men came back, everything seemed to be thrown out the window. I like learning about the role that women played during the war, especially how they stepped up while the men were away. However, I didn’t like reading that after everything, “sex roles were reinforced by popular literature and the media,  and a smaller proportion of women completed college… or sought professional education.” I feel like had they not held their own during the war, things would have been so different and that they had earned the respect that they needed, but it was just snatched from them, and they went back to how things were. I just would’ve liked to see the progress that was made for women stick around after World War Two.