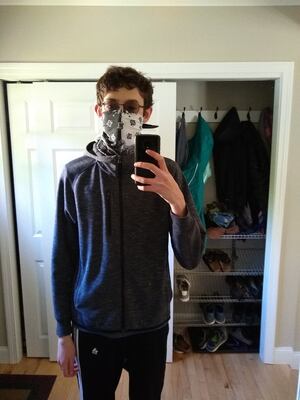 The description said “be honest”, so I’m going to be honest.  I don’t know what kind of student would want to read my recount of Coronatime when there’s plenty more exciting people with better writing skills out there.

How have these few months changed me? Well, I’m really bored. Sitting inside during a pandemic isn’t the most exciting thing in the world. It’s hard to document a worldwide disaster who’s main aspect is a sense of helplessness and anxiety. I suppose Youtube analytics knows more about me than it did before, but I honestly spent more time scrolling through anti-social username-based media like Youtube and online forums older than me during a depressive episode last year. My social life hasn’t really changed either. I would hazard a guess and say that most social relationships in my age-range were fully prepared to go online at any time.

What am I thinking about the future? I’m not, really. I kinda tuned out of the news after the democratic nomination was secured. Call me cornpop and a lying dog-faced pony soldier, but it’s hard to get excited about the future of your country when presented with the choices we have. In terms of ‘rona news? More cases, less cases, who cares? The Town of Cambridge sends me voicemails whenever they make a decision, and nearly every decision they make is carried on over to Wayland after about a week. I hate people who self-diagnose themselves, so now I don’t say this lightly, but I have to say I’ve been stricken with a case of typical Gen-Z nihilism - i really can’t bring myself to care about the future. Of course, I’m still looking at colleges and whatever, but it’s hard to choose a campus when you're not allowed out-of-state.
What did I learn? I’ve never been a libertarian (In fact, the supply test put me firmly as a commie), but over the brrrring of the money printers I have been forced to admit that maybe Ron Paul had a point with his criticism of the Federal Reserve. I want to say I learned that the government would bail out the corporations before it bailed out the people, but that’s not exactly news at this point. I guess I learned what Donald Trump sounds like when he’s trying to be serious.