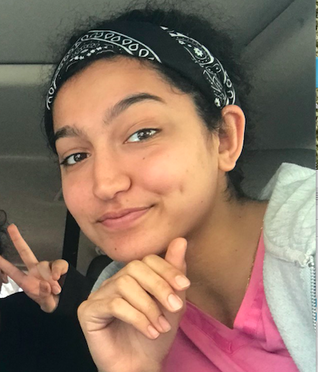 I’m here to tell you about the chaotic year that is 2020. We all started this year with a sense of optimism for the year, but we had no idea what this year had in store for us. I’m alluding to the coronavirus pandemic. Personally, when the news about this virus started, I wasn’t worried about it at all. I thought that everyone was being over dramatic and that it was something only China would have to deal with. I was so wrong.

March 12 was probably the most strange day a lot of us have experienced. It was our last day of going to school. We thought it would just be two weeks off. Two weeks turned into three weeks, which turned into over a month, which then turned into the rest of the school year. I think it’s safe to say that nobody knows what’s going to happen in the near future for us. Now people are debating whether we will go to school in the fall. Life has changed a lot since March 12. We now do school online. People wear masks outside and try to stay far away from each other to prevent the spread of corona. America was barely affected by the virus a few months ago, and we now are facing the worst conditions compared to any other country. I wonder if your lives are being affected by this at all. I wonder if this change is temporary or if it will last a lifetime.

I actually miss going to school. I miss spending time with my friends that live farther away from me. I miss seeing the people who I rarely ever spoke to. I miss living a normal life. The uncertainty we are facing right now is unsettling, but we are doing the right thing by protecting people’s safety. That is what matters right now. My advice to you would be don’t take anything for granted, because it can easily be taken from you.

I’ve learned a lot over the past couple of weeks. I think the most valuable thing I learned is how I can help with the black lives matter movement. Protesting and donating aren’t the only options. There are petitions you can sign, emails to send to people in power, and even youtube videos to stream where the money made from it will be donated to black lives matter. It’s also important to learn as much as possible through reading books, watching documentaries, and by having discussions with people.  I’ve also learned that when the people get together for an important cause, we have the power to create change. Since George Floyd was murdered by cops on May 25, there has been demand for change through various social media posts and protests. With the protests came riots and looting that have been very controversial. In my opinion, I don’t really care for large corporations such as Target that are getting looted. They can easily be replaced. I hate to see small businesses being destroyed during the riots, but I am much more appalled by the black lives being taken away by the police. Property can be replaced, human lives cannot. The way I see it, if people never created this much chaos around George Floyd’s death, there would be no change. People would not be paying attention to the movement as much if it was just peaceful protests. Martin Luther King said himself that “riots are the voice of the unheard.” Black people are tired of not being heard. It’s been pretty difficult to know who to trust when it comes to the protests. One news channel makes it seem like all protests are doing more harm than good. Like people are going crazy and destroying innocent people’s property. The other focuses on George Floyd and his death. I’ve actually found that social media has been the most trustworthy source. People are live streaming the protests and talking about their experiences. They don’t get anything out of more people hearing their stories like news channels do. People on social media share their thoughts because they care about the cause, which I believe makes them more trustworthy. That’s also why I think social media completely changed the face of activism and news. I wonder what would be happening right now if this country had real leadership. Donald Trump has undoubtedly been doing a terrible job at bringing this country together. He seems to be doing an especially horrible job when you compare him to someone like John F. Kennedy. When Martin Luther King was assassinated, Kennedy told the people that he understands the hatred people must feel at the injustice of this act. He then states that the United States has to “make an effort to understand, to go beyond these rather difficult times.” Trump has only been dividing the people. On twitter he referred to the protestors as “thugs.” He made no effort to understand why people are angry at what is happening in this country like Kennedy did. Trump has also been boasting about how much good he has done to help the black community. He took this opportunity to talk about what a great job he has been doing instead of being a true leader. It’s the same thing he’s been doing with the coronavirus pandemic. Trump has only proven that when the country needed a good leader most, he has failed to rise to the challenge.